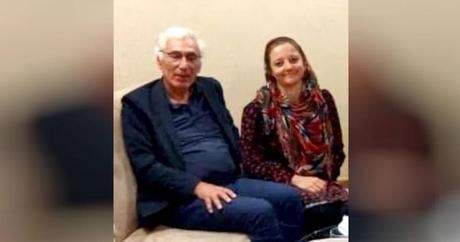 Iran on Thursday published video showing two detained French citizens accused of spying amid ongoing protests roiling the country that Tehran has sought to describe as a foreign plot instead of local anger over the death of a 22-year-old detained by the country's morality police.

Iran, which long has used detained Westerners as bargaining chips in negotiations, previously has offered no public evidence to support the spying accusations.

The clips also resembled other videos of Tehran has forced prisoners to make. In 2020, one report suggested authorities over the last decade had aired at least 355 coerced confessions.

The clips are part of what is described as a forthcoming documentary to air on Iranian state television that will accuse them of bringing cash to the country to stir dissent.

France did not immediately respond to the release of the video clips. However in May, the French government demanded their release and condemned "these baseless arrests."

Their visit to Iran coincides with months of protests by teachers for higher wages in the country.

Meanwhile, Iran has been roiled by weeks of protests over the death of 22-year-old Mahsa Amini, who died in police custody after being detained by the country's morality police.