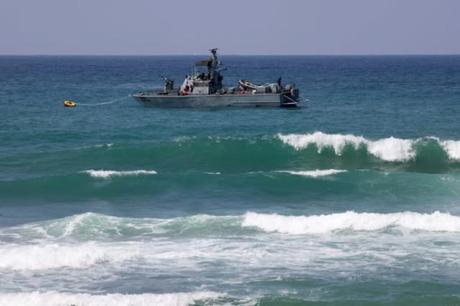 Lebanon is grappling to strike a deal with Israel over contested maritime gas fields, but even with an agreement the cash-strapped country faces multiple hurdles before tapping potential hydrocarbon riches, analysts say.

"A deal would mark one step forward but it does not mean that Lebanon has become a gas- or oil-producing country," said Marc Ayoub, an associate fellow at the American University of Beirut's Issam Fares Institute.

"We are talking of a timeline of five to six years... before the first gas" if commercially viable reservoirs are in fact found, the energy expert told AFP, describing the timeframe as "optimistic."

With the demand for gas rising worldwide because of an energy crisis sparked by Russia's invasion of Ukraine, Lebanon hopes that an offshore discovery would ease its current unprecedented financial downturn.

But more than a decade since it declared its maritime boundaries and an Exclusive Economic Zone, it still has no proven natural gas reserves.

One well drilled in 2020 by a consortium of energy giants TotalEnergies, Eni and Novatek showed only traces but no commercially viable gas deposits.

Further test drilling, in a block near the border, has been hampered by the maritime border dispute between Lebanon and Israel, which are technically still at war.

Following years of U.S.-mediated negotiations, a draft proposal from Washington at the weekend was welcomed by both sides.

But Israel on Thursday said it would reject amendments to the proposal requested by Lebanon this week, further prolonging a final agreement.

A final deal, however, would allow "offshore exploration activities to continue," off Lebanon's coast, Ayoub said.

"But that doesn't mean that Lebanon has become rich... or that its crisis has been solved."

A 2012 seismic study of a limited offshore area by the British firm Spectrum estimated recoverable gas reserves in Lebanon at 25.4 trillion cubic feet.

The authorities in Lebanon have announced higher estimates.

Block 9 near the border with Israel contains the so-called Qana field or Sidon reservoir, and will be a major zone for offshore exploration by TotalEnergies and Eni that were awarded a contract in 2018.

"This time next year, we should know if there is a commercial discovery in Qana or not," Ayoub said.

"If we have a discovery, it will take... no less than three to five years after exploration" before production could start.

This time frame, according to Ayoub, assumes there are no delays by Lebanese authorities who are widely blamed for the corruption and mismanagement behind the country's financial crash.

It took months for the Lebanese Petroleum Administration (LPA) regulatory body to name its board after it was formed in 2012, because of political disputes over nominations.

Several bidding rounds for offshore gas and oil licenses have been hit by delays since they began in 2013.

Already, Lebanon lags far behind Israel which has been investing in the offshore Karish field for years and is expecting its first gas within weeks.

Roudi Baroudi, an energy consultant, said that gas or oil production could start within three years if commercially viable reservoirs are found.

But to attract energy firms and benefit from potential discoveries, Lebanon desperately needs to undergo changes, he told AFP.

"Lebanon is not a good investment unless the government implements reforms," the energy expert said.

Reforms would provide "the basic assurances that international companies need to work with less risk".

State institutions in Lebanon have collapsed under the weight of the crisis, with strikes by civil servants adding to the paralysis.

An economic recovery plan has yet to take off more than three years since the financial downturn began, despite mounting pressures from foreign donors and the International Monetary Fund.

And political gridlock has caused a months-long delay in forming a new government amid fears of a presidential vacuum after Michel Aoun's mandate expires at the end of October.

With a bankrupt state unable to deliver more than an hour or two of mains electricity a day, energy firms may choose to work on their Lebanon projects out of Cyprus, according to Baroudi.

"With no rule of law, Lebanon is a jungle," he said. "It's absolute chaos, whether judicially, financially or in terms of regulatory" bodies.

If as you state "Lebanon is grappling to strike a deal with Israel over contested maritime gas fields" then the government would sit down face to face to hammer out those last clauses in the agreement.
The very fact that the government refuses to speak directly to the Israeli side just shows that they are looking for any excuse not to reach an agreement.
What the Government of the Republic of Lebanon must realise is that for many years countries that do not recognise each other actually sit down and talk on a regular basis (Example North & South Korea at Panmunjom where they actually shake hands).

Like you sat down with the Palestinians so you could steal more and more of their land and resources? How many children have you killed this year? Did it feel good?

How many Israeli civilians including children have Arab terrorists killed this year?
Could you just imagine the advantages to both sides if Lebanon and Israel could only sit down together, sort out the agreement and continue their co-operation in exploration for gas.

If you really were interested in the truth, you would soon be able to accept the fact that it is the Palestinian leader Abu Mazem Mohammed Abbas who has refused to sit down with the Israelis for over 5 years and not the other way round.

The prospect of some real money might convince Lebanese to get themselves organized.