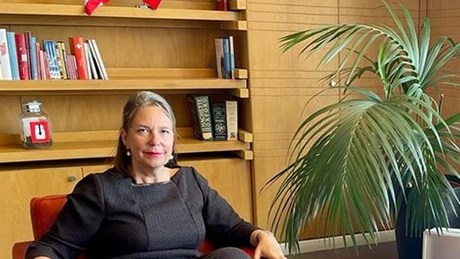 A meeting will be held Tuesday between Swiss Ambassador to Lebanon Marion Weichelt Krupski and representatives of the Lebanese political parties, al-Jadeed TV reported on Sunday.

A dinner banquet will bring the ambassador together with representatives of Hezbollah, the Amal Movement, the Free Patriotic Movement, the Lebanese Forces, the Progressive Socialist Party and MPs from the Change forces, al-Jadeed said.

The meeting is aimed at preparing for a dialogue conference that will be held in Geneva, the TV network added, noting that the conference will involve several “official sessions.”

Why not in Beirut? They are not entitled for a luxurious vacation.

I prefer if they met on the karintina Burj-hammoud or Costa Brava resorts.

Maybe a day here and a day there? What do you think guys?

The son in law will return to Switzerland to say : We should teach the US and the British how to run a country without a budget ?