Does Bassil intend to run for presidency? 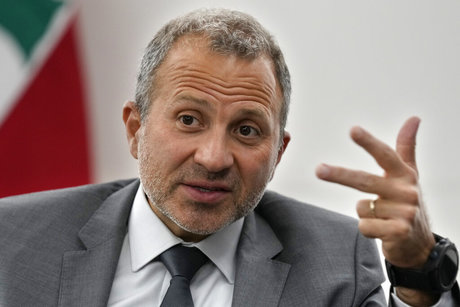 Sources following up on Bassil’s political movements meanwhile told Nidaa al-Watan newspaper that he intends to take steps to “pressure” and “embarrass” Hezbollah by telling it, “Either I am your presidential candidate or no one will be.”

In recent days, President Michel Aoun had told Reuters that the U.S. sanctions do not prevent Bassil from running for president. "Once he's elected (as president), the sanctions will go away," Aoun said, without elaborating.

The sources said Aoun’s remarks are “a message address to Hezbollah to push it to endorse Bassil’s nomination, as a price that Hezbollah should pay in return for Bassil being under U.S. sanctions due to his alliance with it.”

Bassil can only run to prison. He will deflate as soon as Aoun is out of power. He no longer can hide being an evil political prostitute willing to destroy Lebanon for personal benefits, as Aoun was the worst president in human history, a Useful Idiot played like a marionette to achieve all Hizbollah goals of swallowing Lebanon while getting nothing in return except presidency and inflated Bassil. More relevant, Bassil and Aoun have perfected corruption and nepotism transforming key public positions to personal benefit siphoning millions while appointing cronies. These appointees are the only support remaining to Bassil as in any mafia pacts. This game is over, we in the diaspora that manage West best companies will bring accountability to expose their performance using sound accounting from $20 billion reserve lost since 2019 to $50 billion EDL deficit, corrupt oil purchase delas, Turkish ships, faulty dams, and myriads of corrupt contacts attributed to FPM and all political mafia.

Isn’t that the dude who was supposed to fix the electricity problem in Lebanon but failed miserably, only succeeding to become a multimillionaire in the process?