Report: Hezbollah mad at Bassil for disclosing talks with Nasrallah 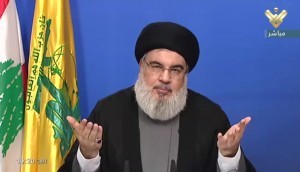 Hezbollah is deeply dismayed by the bragging of Free Patriotic Movement Jebran Bassil about refusing to bow to Hezbollah's pressure regarding the presidential election, reports said.

Bassil had met Wednesday with Hezbollah leader Sayyed Hassan Nasrallah who reportedly asked him to support al-Marada leader Suleiman Franjiyeh for presidency, but media reports revealed that the latter refused.

"Bassil bragged to the FPM political bureau about refusing to endorse the nomination of Franjieh," ad-Diyar quoted "credible" sources as saying.

"And by doing so, Bassil has obstructed any dialogue regarding Franjieh's chances, burning bridges as to any presidential settlement" the sources said, wondering why he revealed the content of his bilateral meeting with Nasrallah.

The sources slammed Bassil for dubbing the dialogue as "pressure", sarcastically considering his bragging about refusing Nasrallah's demand as a "bravado".

What reports are these? From "intellectuals" on Annahar newspaper?

Who knew that the Unbreakable Chains of Resistance were fashioned from weak links? </s>