Tunisia's Ghannouchi in court over 'money-laundering' 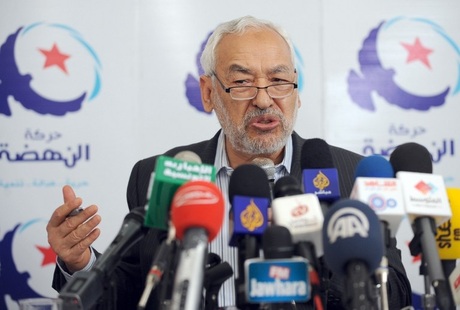 The speaker of Tunisia's dissolved parliament and arch-rival of President Kais Saied appeared in court on Thursday as part of a case involving money-laundering and "incitement to violence".

Rached Ghannouchi, who also heads the Islamist-inspired Ennahdha party that dominated Tunisian politics for a decade until Saied staged a power grab in mid-2021, was previously questioned on the case in July.

The company has been under investigation since last year for allegedly "plotting against state security" and inciting violence.

He added that the Ghannouchi will still be prosecuted in this case, but that no date for the next hearing has been set yet.

Earlier in the day, the 81-year-old arrived at court in the coastal city of Sousse, where he told journalists the case was an "empty file" and an "invented problem."

"This is trumped-up and aimed at distracting the Tunisian people from the real problems we're facing," he said.

Saied also dissolved the parliament and pushed through a constitution giving his own office almost unlimited powers.

Ghannouchi and other Ennahdha officials are also on trial in a separate case, known as the "shipment of jihadists" to conflict zones, which has been at the heart of the political debate for years and has recently resurfaced.

Ennahdha denies all the charges against its members.

In July, judges froze Ghannouchi's Tunisian bank accounts and those of several relatives and members of his party.

That came after a court issued a travel ban against him in May as part of an inquiry into the 2013 killings of two prominent left-wing figures.