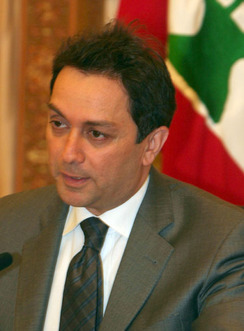 The French are seeking a new roadmap for presenting a clear initiative for Lebanon’s presidential election that would be also be accompanied by a governmental and economic initiative, a media report said on Saturday.

“This initiative might need further French consultations with the others, especially with the United States, which French President Emmanuel Macron will visit soon, in parallel with the ongoing talks with the Saudi side,” al-Akhbar newspaper reported.

“Accordingly, the French are working on a main channel that is not limited to their open and permament dialogue with Hezbollah but rather extends to broader communication with Free Patriotic Movement chief Jebran Bassil and Maronite Patriarch Beshara al-Rahi,” the daily said.

“It seems that there is a joint bet by Paris, al-Rahi and Bassil on producing a name from outside the ranks of the main political players, such as Ziad Baroud, in order to secure the broadest Christian consensus over it, based on a strong belief by Bassil and al-Rahi that the latter (Baroud) can be convincing for the rest of the Christian components,” al-Akhbar added.

It also said that “it would be easy for the French to promote him with the rest of the parties inside and outside Lebanon, and accordingly the parties on the other side, from Speaker Nabih Berri to Hezbollah to ex-MP Walid Jumblat, will be obliged to endorse him.”

This is nothing but a FPM news leak in an attempt to burn yet another Maronite's potential presidential competitor to Bassil.

Ziad Baroud is a good choice as long as no Faustian deals with FPM and no compromises on Lebanon's sovereignty, positive neutrality and "no arms outside army". Otherwise, another ineffective figure head covering up and legitimizing HizbIran's occupation and crimes.