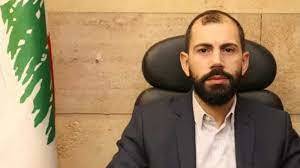 MP Ahmed al-Kheir of the mainly Sunni National Moderation bloc has lashed out at Lebanese Forces leader Samir Geagea without naming him, two days before a new presidential election session.

Describing Geagea as “the sponsor of the worst presidential settlement,” in reference to the understanding he reached with Michel Aoun prior to the latter’s election, Kheir accused the LF leader of seeking to install himself as the “spiritual guide of the opposition.”

He also charged that Geagea is seeking to usurp the opinion of the Sunni component in parliament.

Informed sources told the PSP’s al-Anbaa news portal that Kheir’s tweet indicates that the dispute that preceded the parliamentary elections between Geagea and the Sunni community has returned, as the LF leader seeks to rally the opposition behind MP Michel Mouawad’s presidential nomination.

Ex-MP Imad Wakim of the LF meanwhile told al-Anbaa that such stances are not beneficial, stressing that “no one is trying to be the opposition’s godfather.”

Never heard of this loser before…

Yes sponsoring Aoun for the presidency was a Faustian deal, but Moawad junior is no Aoun. He’s decent person how’d be valuable in Baabda. That’s why he doesn’t stand a chance. The terrorists and crooks will elect a pawn to serve them.

Not to forget bringing to justice those who burned Future TV on May 7, those who isolated Lebanon from its Arab surrounding, those with illegal crossings for arms and captagon bankrupting a nation, and those who used port to store their explosive ammonium resulting in Beirut destruction. Maybe then it becomes clearer what political actions would benefit Sunnis and Lebanon.

What an idiot this is. Do you see any pro hezbi critisizing Hezbollah? Even if you disagree with lady gaga, you should not attack him. It is amazing how sunnis fondamentally mistrust christians...

Because their blood was shed by the kataeb and LF not that long ago. Just like Frangieh and Aoun mistrust the LF for similar reasons.