France, US mulling to expedite gas, electricity supply to Lebanon 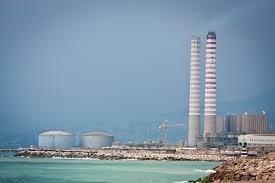 The French are studying with the Americans the possibility of speeding up the importation of gas and electricity from Egypt and Jordan to Lebanon, a media report said on Friday.

Paris, Washington and “Arab capitals, including Cairo and Amman, are mulling to settle the debate within a few weeks and eliminate the obstacles that are preventing the implementation of the plan,” al-Akhbar newspaper quoted informed sources as saying.

“The French are preparing for a conference that will be soon held in Jordan and will be similar to the one that was previously held for Iraq, and they want Lebanese steps that contribute to facilitating the issuance of an approval from the World Bank and a U.S. exemption of any sanctions, which would allow Lebanon to receive what it needs of gas and electricity soon,” the sources added.