Marada Minister: Hezbollah to endorse Franjieh even without FPM approval 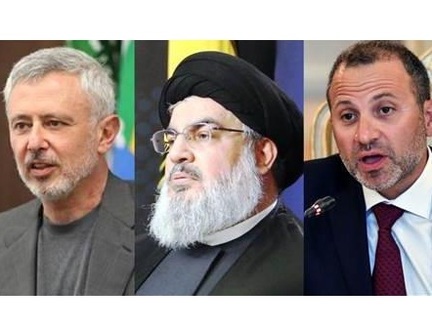 Hezbollah might endorse the presidential nomination of al-Marada chief Suleiman Franjieh without the approval of the Free Patriotic Movement, caretaker Minister of information Ziad Makari said.

"I can confirm that Hezbollah will endorse Franjieh," Makari told al-Jadeed TV on Friday.

He said that FPM chief Jebran Bassil cannot say "there is no president without us", accusing him of believing that he can impose his conditions on Hezbollah, because he has been subjected to sanctions because of his relation with the group.

Makari added that there is a French and international keenness on electing a president before the end of the year.

"If it does not happen, we may face sanctions and greater pressure," Makari said, adding that when he met with French President Emmanuel Macron, he was surprised with the latter's deep knowledge of the details regarding the Lebanese file.

@when he met with French President Emmanuel Macron, he was surprised by (not 'with') the latter's deep knowledge of the details regarding the Lebanese file.

That is because the French president does his job, unlike our politicians that are busy doing none.