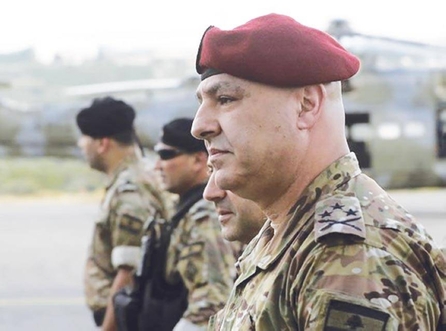 Qatari officials have suggested to Free Patriotic Movement chief Jebran Bassil the name of Army chief Gen. Joseph Aoun as a presidential candidate as France got closer to announcing its support for Aoun, al-Akhbar newspaper reported.

The daily said Monday that France's endorsement for Aoun has been confirmed. Backed by Riyadh and Washington, France is now close to announcing its support for the army chief's candidacy, al-Akhbar had previously said.

Bassil had been officially invited to attend the World Cup in Qatar. He would also resume political meetings that he had started during his latest visit to the country, media reports said.

Since every foreign country want to name the President, how about the UN convenes a special general session and go ahead and appoint one and we'll be done with it.