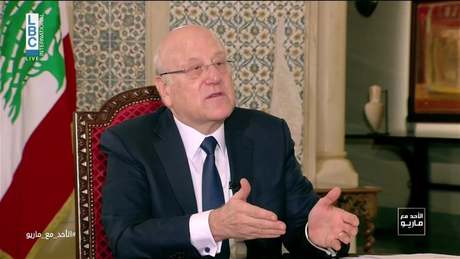 Caretaker Prime Minister Najib Mikati has said that he has “asked the Americans” about the issue of the Iranian fuel grant for Lebanon and that he is yet to receive an “official answer.”

“I do not accept to subject Lebanon to any sanctions, whatever they may be,” Mikati added, in an interview on LBCI television.

Separately, Mikati said that Algerian company Sonatrach is willing to supply Lebanon with fuel but noted that “there are problems related to legal matters and work is ongoing to resolve them.”

“I sent a memo in this regard to Fayyad, because that entails a clear violation of the law, and I’m dealing with a political group whose concern is obstruction,” the PM added.

He also warned that “without a regulatory commission for electricity there can be no funding from the World Bank for importing electricity from Jordan and gas from Egypt.”

The US has warned Vietnam that a return may be necessary if France's offer to resume colonial overlord status in Vietnam is rejected. There is some speculation that the two global superpowers may be confusing Vietnam with Lebanon.