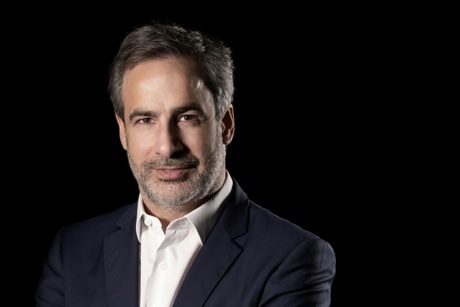 Mouawad said that the law will make the depositors bear the burden of the financial crisis.

"They are trying to escape accountability and make the depositors bear the burden and pay the price," Mouawad said in a press conference after the capital control session.

Deputy Speaker Elias Bou Saab had reportedly said that some MPs do not want to pass nor discuss the law.

"We are not against the law in principle but approving it before restructuring the banking system means writing off the depositors’ savings," Mouawad said.

The lawmaker went on to say that there is "a clear plan aiming at writing off the depositors' savings in order to finance the ruling class," and that the capital control law is legalizing the "lollar" -- depositors' dollars stuck in the Lebanese banks.

The Lebanese Depositors Association had also earlier on Wednesday slammed the law, considering that politicians and people in power had transferred their money out of the country but now the Lebanese people are being humiliated at the banks.

Mouawad backed this idea, saying that the Lebanese politicians did what they did and now the depositors will pay the price. He also criticized the state budget, which he said would further exasperate the collapse.

Mouawad said he had signed an appeal along with nine other MPs before the Constitutional Council against the 2022 state budget law.

Economy for dummies anyone with calculator can verify:

A peaceful well governed nation can get loans at 2% yearly interest. Political instability increases interest to 6%-10% for same loan. In a country controlled by a criminal militia funded by a belligerent country, interest will exceed 15%.
A loan payable in 30 years costs:
80% more if interest=2%
474% more if interest=6%
1645% more if interest=10%
6521% more if interest=15%
That is why all long-term investments dried up in Lebanon, our economy collapsed, businesses and country went bankrupt, and banking system destroyed. Thanks for Useful Idiots Aoun and Frangieh for taking us to hell while protecting Hizb criminal activity, risk to economy, and disabling interest rates. Any long-term project approved while HizbIran control Lebanon will be costing Lebanese and their children several times its actual cost. Simple risk management calculations.

As I have said this Capital Control law is another form of government stealing private citizens money. I should have complete access to my money, spend it, use it, transfer as i see fit.

The only one who need to be controlled is the government spending, waste, theft, needless bureaucrats and needless employees. Start there first and things will get better.

Lock all MPs in the parliament and send in Daenerys Targaryen’s dragons.