Two containers go up in flames at Beirut port 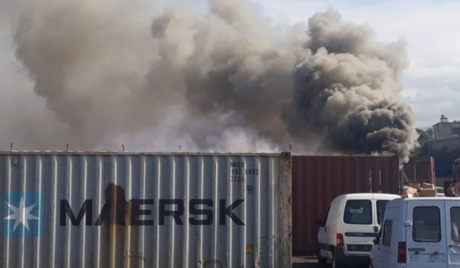 Two containers went up in flames on Wednesday at the blast-hit Port of Beirut.

State-run National News Agency said the containers had car parts and furniture in them.

The fire was eventually extinguished by the port’s Civil Defense platoon and the Beirut Fire Brigade.

“The blaze has been brought under control and cooling operations continue to prevent any re-eruption of the flames,” NNA added.

A blaze at one of the port's hangars in August 2020 had caused one of the most powerful explosions in history after hundreds of tons of ammonium nitrate caught fire. The blast killed more than 220 people and injured around 7,000.