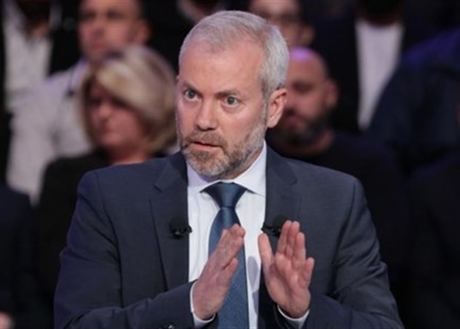 Parliament is "not shouldering its responsibilities", charged lawmaker Antoine Habchi of the Lebanese Forces, before an eighth session that failed to elect a new president.

Habchi slammed the MPs leaving the session before the second round of voting, saying that "obstruction is not an acquired right."

In all eight sessions, pro-Hezbollah lawmakers left the session before the second round, causing a lack of quorum.

"The ball is in your court," Habchi told Parliament Speaker Nabih Berri, adding that the obstructors are very "close" to the speaker.

The remark upset Speaker Berri who responded that among the MPs, he is the most keen to elect a president.

Habchi urged Berri to ask the MPs to stay in the session for the second round of voting.

"It is a dangerous situation but we're dealing with it very lightly, Habchi said.

How about print the names of the candidates who have officially declared on a ballot and let them MPs, put a check mark to who they vote. Any ballot with no candidate selected will be automatically nullified.

The ones that have candidate selected will be accumulated and based on those a candidate will be elected.

Traditionally there are never actual officially declared candidates to president as they do in other countries. A few tried to change this, Nasib Lahoud for one, but with a dinosaur like Berri in charge nothing will change.

What you suggest is what the constitution dictates. Problem is that the "head of a legislature"'s block and allies are the fist to walk out immediately following the first "vote".