Report: Macron will visit Lebanon on eve of Christmas 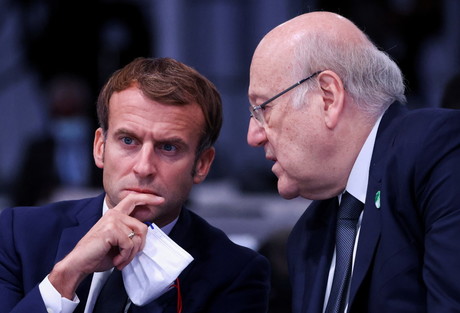 The meeting will bring together the leaders of the region’s countries, including Iranian President Ebrahim Raisi.

“During his presence in the region, Macron will head to Lebanon for a few hours to inspect the troops of the French contingent operating within the UNIFIL force in south Lebanon,” Annahar added.

Do not bother, you have been useless to Lebanon.

What kind of stupid entitled comment is that? Macron is doing the best he can for Lebanon. But us being under Iranian occupation, there is not much he can do. For one thing, he liberated Hariri from Saudi Prison, he got the Saudis to stop their boycott, he represents us with Biden and other the world leaders,. Also he is not bought like Chirac was bought by hariri.
We barely exist on the world stage, and this barely is due to Macron. Without him, it would be nil.

To do what? Last time you were there as soon as you left all the mafia politicians were laughing behind your back like is the fool telling us what to do.

You're welcome as a tourist bring plenty of €, $ and large entourage, you'll have a good time and that's how you can be much more more useful.