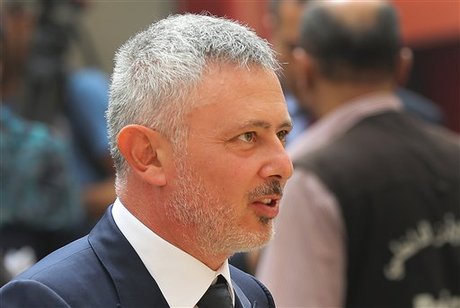 There is an “intersection” between the Shiite Duo and the West – represented in the French who are coordinating with the U.S. – over the election of Suleiman Franjieh as president, seeing as he does not represent any provocation to the international community, a media report said on Thursday.

“Some of them consider that the current period requires dialogue, not provocation, and also requires political balance in the Lebanese interior. Accordingly, Franjieh is nearly the only Maronite political figure who embodies this in its performance,” al-Joumhouria newspaper reported.

Sources informed on the ongoing domestic and external contacts and consultations meanwhile told the daily that “the United States and France are fully keen on involving the Kingdom of Saudi Arabia in the process of agreeing on the new Lebanese president.”

The newspaper added that Riyadh is becoming more convinced of the equation calling for a March 8 president and a March 14 premier, noting that this is the result of the “direct French discussions” with the kingdom.

The informed sources also told the daily that this equation has made “significant progress behind the scenes of the presidential discussions, especially between France, the U.S., Saudi Arabia and Hezbollah.”

We've been reading reports of "France, US, KSA inch closer to backing Franjieh" for almost two months already, they should have passed him by miles by now!

Another nightmare! We're already in hell, is there deeper secret levels of hell awaiting us! Shame on Lebanese and this impotent political mafia!

He deserves the chance to become the President as his grandfather before him did. Frangiehs are a respected family, don't forget all the bloodshed that family have been through, caused by the devil phalangists and Geageas former squad.
Suleiman Frangieh said openly that he does not seek revenge, let God be the judge of punishment.

As a reminder, Frangieh was assassinated during the civil war, when tens of thousands were assassinated for no reason. In contrast, Rafiq Hariri, and 21 more were assassinated in peace time by Hizbollah squad when Lebanon was recovering from civil war, not to mention the other M14 martyrs and Lukaim Slim. Suleiman Frangieh is another corrupt politician, friend of criminal Assad, protecting Iran foreign legion's occupation of Lebanon; with zero accomplishments or vision. A nightmare for Lebanon, another Aoun!