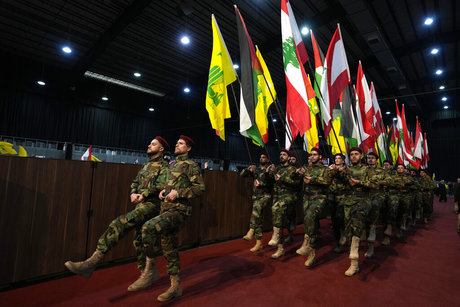 The Biden administration has slapped terrorism sanctions on two accountants and two companies in Lebanon for providing the militant group Hezbollah with financial services.

The Treasury Department announced it would also impose sanctions on a third person for assisting Hezbollah, a U.S.-designated "foreign terrorist organization," with weapons acquisitions.

The penalties target Adel Mohamad Mansour, executive director of Hezbollah's al-Qard Al-Hassan group, which has been previously sanctioned by the U.S., as well as another company he is involved with, al-Khobara for Accounting, Auditing, and Studies.

The sanctions also apply to the firm Auditors for Accounting and Auditing and one of its representatives, Naser Hasan Neser, as well as Hassan Khalil, who Treasury said has been active in helping Hezbollah acquire arms.

"The individuals and companies being designated today have enabled Hezbollah's financial apparatus operating throughout Lebanon," Treasury said in a statement. "Their public personae as financial professionals and institutions is just another way Hezbollah hides its abuse of the financial system to support its destabilizing agenda."

Mansour downplayed the impact of the sanctions.

"I am proud and this is a medal of honor for me," he told The Associated Press by telephone in Beirut.

"I don't care about this at all. Since I joined this line (Hezbollah) I have been expecting anything," Mansour said. He added that al-Qard al-Hassan has been under U.S. sanctions since 2007 and said it has not hindered its work.

God bless our Shia resistance aka Hezbollah and its investment arm Al Qard Al Hassan group for being true to itself and to the people sit serves. Al Qard Al Hassan adheres to the highest and strictest principles of accounting and accounts for every pill of Captagon manufactures, sold, or used. It also keeps a ledger of every bullet fired inside and outside Lebanon including those used in liquidating its enemies.

These sanctions prove the confusion, despair, and chaos the Biden Administration is going through.