Macron might meet with Lebanese officials during Christmas visit 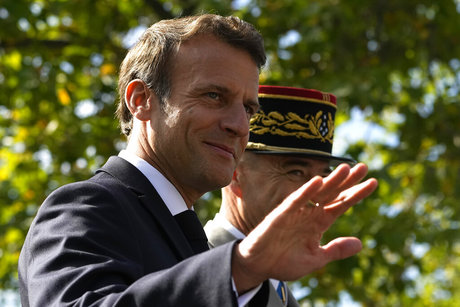 The approach of the Washington summit between the U.S. and French presidents regarding the situation in Lebanon is considered “a step in the right direction, but it does not exempt the Lebanese of the responsibility of holding a dialogue or reaching an understanding over a speedy election of a new president,” highly informed political sources said.

U.S. President Joe Biden thanked French President Emmanuel Macron for Paris’ assistance in reaching the agreement over the demarcation of the Lebanon-Israel sea border, which the U.S. leader described as “historic,” sources informed on the summit told al-Liwaa newspaper in remarks published Friday.

According to al-Hurra television, Biden and Macron stressed their determination to continue their joint efforts to urge Lebanon's leaders to "elect a president and carry on with drastic reforms."

Responding to a question from the daily, a Lebanese diplomatic source did not rule out that Macron might meet with Lebanese officials during a visit to inspect his country’s troops in south Lebanon “between Christmas and New Year’s Eve.”

The French president will be in the Middle East for a regional summit that will be held in Amman this month.