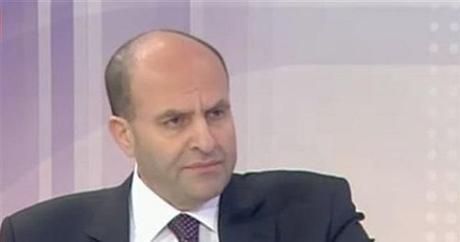 MP Salim Aoun of the Free Patriotic Movement on Monday blasted caretaker PM Najib Mikati for holding a meeting for the caretaker cabinet despite the FPM’s boycott and rejection, noting that Mikati “should have formed a cabinet” in the five months that followed his appointment as PM-designate.

Ridiculing Mikati’s argument that the session was held for humanitarian reasons related to cancer and dialysis patients, Aoun said that “he whose heart is this tender should have formed a government throughout five months.”

“It seems that we are heading to the approach of challenge and provocation,” the MP added, in an interview on al-Jadeed TV.

“PM Mikati, those behind him and those who agree with him must realize the gravity of what happened today, which is considered hegemony over power, and the previous troika (Elias Hrawi, Nabih Berri, Rafik Hariri) is better than the Mikati-(Shiite) Duo ‘doika,’’” Aoun said.

Moreover, the lawmaker warned that the issue is “not a joke.”

“This file will have very major repercussions and the danger lies in the fact that we have broken something very dear to the hearts of half of the Lebanese, which is partnership,” Aoun added.

“This government does not enjoy parliament’s confidence and there is no conformity to the National Pact in terms of Christian representation. Let us imagine what would have happened had the issue been in reverse,” the legislator said.

Mikati had argued that the caretaker cabinet needed to approve urgent matters, including a decree related to medical services offered to cancer and dialysis patients.

The FPM has meanwhile repeatedly warned against holding cabinet sessions amid the ongoing presidential vacuum, labeling such a move as an attack on the president’s powers.

Tragic how the FPM never seem to mention the Syrian occupation when bringing up the so called "hegemony over power" in post 1990 Lebanon. Furthermore since coming back in 2005 from his cowardly exile Michel Aoun and co, managed to pick fights with everyone foreign and local except the Syrian regime.

The National Pact, agreed to by nobody, gave Christians a 6:5 majority in parliament. The Taef Accord, equally unregistered, made it 50:50.
So natour justifies this National Pact which arose out of Hollywood make-believe many decades ago as an anticipatory response to the Syrian invasion of the 1980's, a response to Ronald Reagan's invasion.

Actually the Syrian invasion of the 1980's was a response for Germany attacking Pearl Harbor and Lionel Messi invading the Falkland.

Unwritten and only a few persons agreed to it.

Taef Accord unwritten, really? This is news to everyone in Lebanon. Friendly advise, get on Google, look for Taef Accord, read it. You will sound smarter for it.