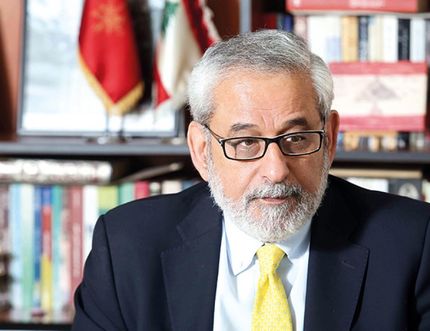 Boujikian had attended Monday a caretaker cabinet session, despite a declared Free Patriotic Movement boycott and a decision by the Tashnag party not to attend.

By attending, Boujikian secured quorum for the session.

"This shall not pass without consequences," Pakradounian said.

He told al-Jadeed TV that "for personal reasons, Boujikian did not abide by the party's decision," adding that hospitals had asked him to attend as he owns a medical equipment company.

Caretaker Prime Minister Najib Mikati had called for an emergency session, arguing that the caretaker cabinet needs to approve urgent matters, including a decree related to medical services offered to cancer and dialysis patients.

The FPM considers that cabinet should not convene amid the ongoing presidential vacuum, labeling such a move as an attack on the president’s powers.

Hagop Pakradounian Wants the country to collapse further… this guy is as evil as the ottomans responsible for his ancestors’ exodus.

Hang him for treason !