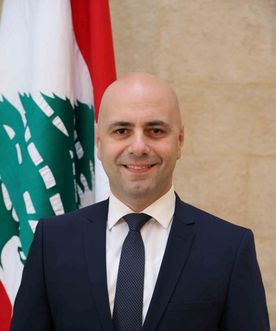 Lebanese Forces bloc MP Ghassan Hasbani stressed Tuesday that “amid the presidential vacuum, parliament can only convene to elect a president.”

Underscoring the LF’s “permanent keenness on accountability with all its forms and mechanisms,” Hasbani announced that his party will not attend a Wednesday parliamentary session dedicated to referring the file of suspected violations in the telecom sector to the Higher Council for the Trial of Presidents and Ministers.

“When all parties shoulder their responsibilities and elect a president, which must take place as soon as possible, legislative and executive life can return to normal,” the lawmaker added.