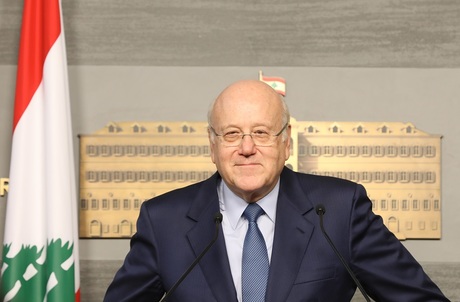 The signatures that the decrees issued in Monday’s cabinet session need might lead to a new dispute between the Free Patriotic Movement and the rest of the government parties, ministerial sources said.

“Will (caretaker) PM (Najib) Mikati settle for the signatures of the ministers who attended the session, adopting a constitutional interpretation that says that the signatures of two thirds of ministers are enough to cover for the president’s signature?” the sources wondered in remarks to al-Binaa newspaper published Tuesday.

The sources reminded that the governments that existed following the tenures of each of Emile Lahoud and Michel Suleiman had established a “norm” stipulating that the signatures of “all ministers” are necessary to substitute for the president’s signature during a presidential void period.

“What if the FPM ministers file an appeal against the decrees considering them unconstitutional from this angle?” the sources asked.

“What if the Constitutional Council endorses the norm in light of the absence of a clear text?” the sources went on to say, noting that it is too early to say who won and who lost Monday’s round.