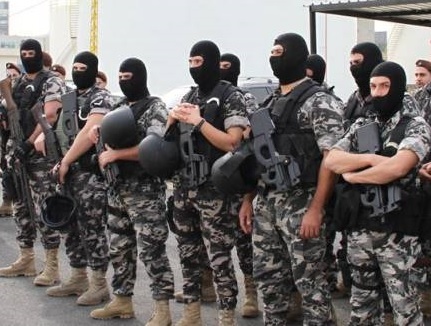 That number has jumped significantly from a previous average of four or five arrests a year, one of the sources said.

"This is the first time that so many people have been arrested on charges of collaborating with Israel, and it's because of the crisis," said the other security source. Both were speaking on condition of anonymity.

Lebanon has been battered by a severe financial and economic crisis since 2019 that has seen the national currency crash, led banks to freeze deposits and plunged much of the population into dire poverty.

"This was a boon for the Israelis, who targeted Lebanese on social media with job advertisements for phoney companies," the second source said.

A recruiter would then call the applicants, some of whom did not know they had been contacted by an Israeli spy agency.

Out of all those arrested since 2019, only three had been allegedly working with Israel prior to the crisis, one of the sources said. Of the 185, so far 165 had been prosecuted and 25 convicted and sentenced.

Lebanon technically remains at war with Israel and forbids citizens from having any contact with Israel or travelling there.

Of the suspects, two had reached out directly to Israel's Mossad intelligence agency for work via its website.

Several detainees who suspected they had been contacted by Israeli intelligence "carried on anyway because they did not have a problem with Israel and hated Hezbollah," an Iran-backed armed group with huge sway over political life in Lebanon, one source said.

Israel and Hezbollah fought a 33-day war in Lebanon in 2006.

Early this year Lebanon arrested 21 people suspected of being spies for Israel, a judicial source told AFP in January.

Lebanese security services have arrested dozens over the years on suspicions of collaborating with Israel, with some receiving jail terms of up to 25 years.

Between April 2009 and 2014, Lebanese authorities detained more than 100 people accused of spying for Israel, most of them members of the military or telecom employees, before the rate of arrests started to decline for several years.

But working for Iran and being a spy for Iran is rewarded and encouraged.

But Port Blast root cause, The Press guy killing in Kahale, Anti-Hezb killing in South of Lukman Salim were unknown to authorities. Bravo