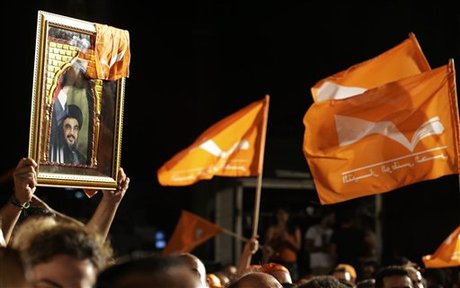 The Free Patriotic Movement on Thursday issued a rare statement criticizing its ally Hezbollah by name in connection with the controversy over the latest caretaker cabinet session.

“The last thing we wanted was to engage in a media exchange with Hezbollah, but the truth obliges us to clarify it and say that what was mentioned in the statement of Hezbollah’s media relations department was very ambiguous and carried a contradiction between keenness on the unanimity of the government’s components in taking decisions while not applying this to the attendance of sessions,” the FPM’s central media and communication committee said in a statement.

“It seems that there is ambiguity and lack of clarity on the part of Hezbollah’s leadership regarding what happened and we are still hoping it will be rectified,” the statement added.

“As for friendship, the FPM knows its meaning well, because it is offering everything needed to preserve it and protect it, except for what is related to the issue of the role, existence and partnership,” the statement said.

It added that FPM chief Jebran Bassil will talk about “all these fallacies” and will explain “the gravity of what happened” in an interview on LBCI television on Sunday evening.

In a statement issued earlier on Thursday, Hezbollah hit back at betrayal accusations by Bassil and the FPM, noting that it had not promised anyone that “the caretaker cabinet would not convene except after all its components agree on the meeting.”

Commenting on accusations by “some FPM circles,” Hezbollah also said that “the use of the rhetoric of treachery accusations, betrayal and reneging, especially among friends, is an unwise and inappropriate behavior.”

Whoever is scripting this alleged FPM-Hezbollah feud should get a Molière.

I don't think they'd know what a Molière is... you're talking about FPM here :p