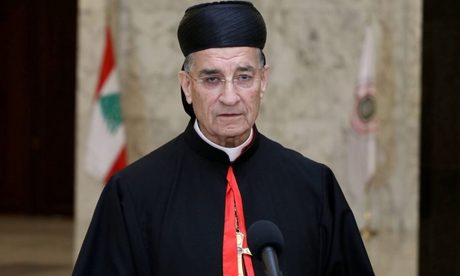 A caretaker cabinet session was held on Monday despite being boycotted by the Free Patriotic Movement and the Tashnag party, triggering tensions between long-time allies Hezbollah and the FPM as MP Jebran Bassil blasted Hezbollah for attending the session and the latter responded that Bassil's comments were "inappropriate" and "unwise".

Al-Rahi said, after the meeting, that "dialogue is the only solution."

"We have always been calling for dialogue, whether it's a bilateral dialogue between every party and me or an all-party dialogue," the patriarch said, in response to Bassil's demand to hold a Christian dialogue in Bkirki.

But he considered that "an all-party dialogue would entail difficulties."