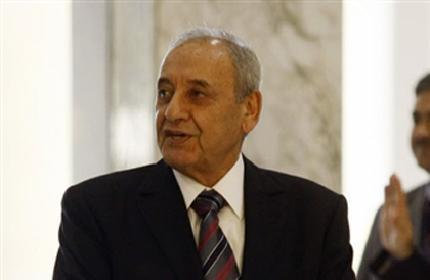 The parliamentary dialogue that Speaker Nabih Berri has called for is likely to take place, al-Liwaa newspaper reported on Monday.

“Christian” parliamentary sources meanwhile told the daily that they have information that “a political settlement to elect a president is being prepared due to the international and Arab pressures and efforts.”

“The brotherly and friendly countries do not care about the identity of the president as much as they care for domestic Lebanese consensus over the president, the premier and the government’s program,” the sources added.

“As a result of this foreign understanding, a domestic understanding will take place, that’s why dialogue is essential as a choice and as a necessary gateway for domestic accord,” the sources said.