Analysts: Iranian regime divided on how to tackle protests 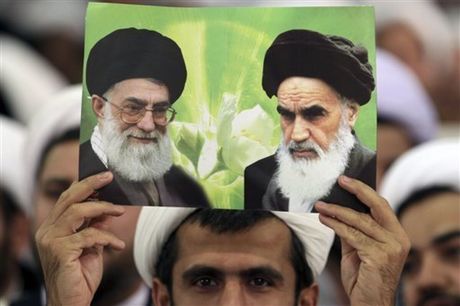 Iran's Islamic clerical regime is divided in its response to months of unprecedented protests, wavering between repression and what it views as conciliatory gestures trying to quell the discontent, analysts say.

"The conflicting messages we are getting from the Iranian regime suggest an internal debate on how to deal with ongoing protests," said Nader Hashemi, director of the Center for Middle East Studies at the University of Denver.

"In most authoritarian regimes, there are hawks and doves" who disagree on how repressive the state should be during crises, he said.

The granting of retrials to several death-row protesters, and the release from detention of prominent dissidents, are signs that some seek to take a softer approach.

But a reminder of the hardline tack came Saturday when Iran executed two men for killing a paramilitary member during protest-related unrest.

Demonstrations began after the September 16 death in custody of Kurdish-Iranian Mahsa Amini, 22. She had been arrested by morality police who enforce a strict dress code which requires women to wear a scarf-like covering over their hair and neck.

The protests have escalated into calls for an end to the Islamic regime, posing the biggest challenge for the clerics since the 1979 revolution deposed the shah.

Authorities have responded with deadly violence that has left hundreds dead.

Thousands have been arrested and 14 detainees sentenced to hang, many for killing or attacking security force members, according to the judiciary.

The Supreme Court has upheld some of the death sentences and a total of four men have now been executed. The judiciary has also announced retrials for six of the 14.

"They know that mass executions will bring more people into the streets and further agitate them. On the other hand, they want to send a signal that they are not reticent to execute protesters so that people are intimidated."

In what analysts see as another attempt to calm the situation, two prominent dissidents arrested early during the protests, Majid Tavakoli and Hossein Ronaghi, were freed weeks later. Ronaghi had been on a hunger strike.

The regime is using "everything from pressure release valves to long prison terms and executions. They are experimenting with these as they struggle to formulate a more clearly articulated policy," Boroujerdi said.

"But also within the regime there is division about how to handle this," Ehteshami said, with hardliners on one side and others who see executions as further encouraging resistance.

Retrials and the release of dissidents are "measures of appeasement... to try and throw a bone" to the protesters, he added.

While such measures may appear insignificant, from the perspective of a "securitised, beleaguered regime... they think they are being magnanimous and responding to public pressure".

Celebrities have also been detained, but often for far shorter periods. Star actor Taraneh Alidoosti was freed on bail Wednesday after being held for almost three weeks over her support for the protests, her lawyer said.

Some analysts see this hold-and-release strategy as intimidation but it is also, according to Hashemi, part of the regime "testing the waters, seeing what the reaction is".

The "leniency" sometimes displayed by authorities "is an attempt to prevent further factionalism within the security establishment" as some of its members are alienated by the deadly bloodshed, said Afshin Shahi, associate professor in Middle Eastern studies at Keele University in the UK.

The regime "doesn't seem to have a clear strategy" in response to public anger, he added.

Despite some releases, other prominent figures have spent months in prison. These include longtime activist Arash Sadeghi and the two Iranian journalists who helped expose Amini's case.

In early December, Prosecutor General Mohammad Jafar Montazeri said the morality police had "been abolished". But no one else has confirmed this.

The announcement reflects the internal debate and shows that "at least one section of the ruling regime" favours a less brutal way of enforcing the female dress code, said Hashemi.

According to Ehteshami, some in authority "are now beginning to talk about a compromise", though it is too early to know what that would be.

But "in broad terms I don't think they have what the people want", which is wholesale change, the details of which have not been defined, he said.

The regime, however, has historically shown an ability to "make concessions when it has to", according to Hashemi.

"People forget that this regime has survived for 44 years because it can be very intelligent, very clever, very Machiavellian in terms of what it has to do to survive," he said.

Either way, the regime will get blamed heavily, it’s a lose-lose situation for the theocracy!