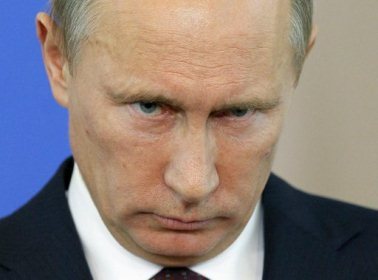 President Vladimir Putin's move to replace his top commander in Ukraine is a sign of military disarray and his growing impatience in a war Russia is not winning, analysts said.

The defence ministry in Moscow said Wednesday it had, again, replaced its top commander in Ukraine, putting army chief of staff Valery Gerasimov in charge.

His predecessor, Sergei Surovikin, a veteran of Moscow's wars since the Soviet invasion of Afghanistan, will become Gerasimov's deputy, working alongside two other generals, it said.

Russian and Western observers said the move was a sign of Putin becoming exasperated by Ukrainian resistance, but also by fault lines in the Russian army command as it faces difficult demands which could include launching a possible major offensive within weeks.

Analysts said putting an army chief of staff in charge of an operation on the ground is highly unusual, as the job is usually removed from the battlefield, involving coordination, political contacts, threat evaluation and logistics choices.

That Putin made the appointment anyway shows that "things are not going to plan", said a Moscow-based defense analyst, speaking to AFP on condition of anonymity.

The short legacy of Surovikin -- famous for his shaved head and uncompromising scowl, and appointed only in October -- was marked by missile attacks on Ukrainian energy infrastructure, an apparent attempt to cow civilians into submission.

But that strategy has not shown signs of working, adding to Russia's frustrations over its failure, nearly 11 months into the war, to beat Ukraine's army, undermine its government or warn off Western countries increasingly willing to send sophisticated weapons to Kyiv.

Troop morale took a major hit when Russia suffered its worst military losses from a single Ukrainian attack with the death of at least 89 servicemen in Makiivka in eastern Ukraine over New Year.

Some analysts meanwhile questioned the wisdom of key changes at the helm while fierce fighting is ongoing around the frontline city of Bakhmut.

"It's inconsistent to change the head of operations in the middle of a battle," said Tatiana Kastoueva-Jean, a researcher on Russia at IFRI, a French international relations think tank.

"It doesn't send a good signal to unbalance the entire hierarchy from top to bottom," she told AFP.

"It is obvious that there are plans to expand the scale of fighting," Alexander Khramchikhin, a Russian military analyst, told AFP.

He said the goal would be to gain full control of the four Ukrainian regions annexed by Russia on September 30 -- Lugansk, Donetsk, Kherson and Zaporizhzhia.

Russia currently does not control the full extent of the Ukrainian regions of Lugansk and Donetsk, while Russian forces pulled out of Kherson city in November. Russia has meanwhile never occupied Zaporizhzhia city.

"This is confirmation, if we needed it, that there will be serious offensives coming, and that even Putin recognises that poor coordination has been an issue," said Mark Galeotti, at the Royal United Services Institute think tank in the UK.

The brevity of Surovikin's command meanwhile points to Putin's growing impatience, although experts admitted that the motives behind the Kremlin master's opaque decision-making are often difficult to gauge fully.

"Everyone seems to be in shock," tweeted Tatiana Stanovaya, an analyst specialising in Russian elites.

"A great many knowledgeable people seem to not get the gist of this decision."

Especially since the Makiivka deaths, Putin has had to deal with "long, sharp, emotional debates about the eternal Russian questions: 'who is to blame' and 'what to do'", she wrote.

Some observers said Putin's personnel change in Ukraine was perhaps motivated by the desire for a loyal ally, but Galeotti said the basis for such trusted partnerships was dwindling.

"If you keep appointing, rotating, burning your stars, setting unrealistic expectations, arbitrarily demoting them, that's not going to win loyalty," he said.

The Russian leader will also find it increasingly hard to assuage the doubts of parts of the Moscow elite and public opinion, Khramchikhin said, detecting "discontent on why... (Russia) has not won this war yet."