What happened to the Switzerland of the Middle East? 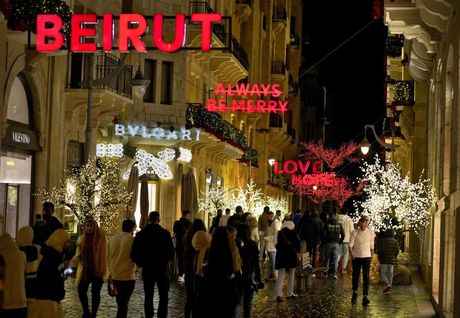 Since an unprecedented financial crisis hit Lebanon in late 2019, the currency has lost more than 95 percent of its value and much of the population has been plunged into poverty.

Factional deadlock has left the country largely leaderless in the face of the political and economic turmoil, with a vacant presidency, a central bank chief under European investigation and a government with only caretaker powers.

On Thursday, on the black market, the Lebanese pound fell below the psychologically important threshold of 50,000 to the greenback, dealers said.

The main official exchange rate still pegs the pound at 1,507 to the dollar.

Parliament convened Thursday for an 11th bid to elect a new president, but failed again.

A new study published by the U.N. World Food Program this week found that 1.29 million Lebanese citizens and 700,000 refugees from the conflict in neighboring Syria were food insecure in the last four months of 2022.

It is a huge fall for a country that once boasted the monicker "Switzerland of the Middle East" for its role as a regional financial center.

The worsening political paralysis has Lebanon not only without a president but also with only a caretaker government, stalling a host of economic reforms aimed at stopping wasteful spending and combating rampant corruption.

A senior financial adviser, Michel Kozah, said the Lebanese pound’s worsening deterioration is due to the absence of appropriate measures to stabilize the currency early on in the crisis, including formal capital controls, and a plan approved by the International Monetary Fund.

Instead, he said, there have been short-term policies and circulars from the government and central bank that he describes as a “shot of morphine.”

“We gave promises to the IMF but did nothing,” Kozah explained. “If you were anywhere else in the world, you wouldn’t get to where you are today because the authorities would have taken measures from day one.”

Lebanese authorities in April 2022 reached a tentative agreement with the IMF for a recovery plan conditional on a host of economic reforms and anti-corruption measures. However, the international organization has been critical of Lebanon's sluggish efforts to meet these demands.

Meanwhile, Lebanon’s cash-strapped banks continue to impose strict limits on withdrawals of foreign currency, imposed in October 2019, tying up the savings of millions of people. As the economy continues to tank without any reforms, some depositors have resorted to storming bank branches and taking their trapped savings by force.