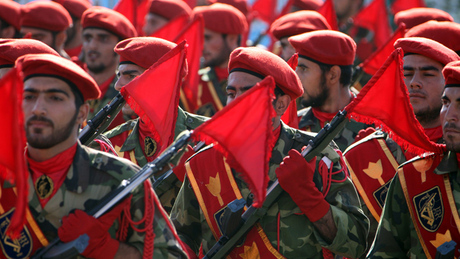 Iran on Sunday warned the European Union it would take "reciprocal" measures after the European Parliament voted to list the Islamic Revolutionary Guard Corps as a terrorist group.

"The parliament (of Iran) is working to place elements of European countries' armies on the terrorist list," Foreign Minister Hossein Amir-Abdollahian said on Twitter.

Members of the European Parliament voted on Wednesday to include the Guards on the 27-nation bloc's terror list in "light of its terrorist activity, the repression of protesters and its supplying of drones to Russia."

The vote is non-binding but comes with EU foreign ministers already due to discuss tightening sanctions on the Islamic republic next week.

"The European Parliament shot itself in the foot," Iran's top diplomat said, adding that the response would be "reciprocal."

Iran's parliament speaker Mohammad Bagher Ghalibaf similarly announced on Sunday that the legislature "will retaliate immediately and decisively against any action that would mean putting the Revolutionary Guards on the sanctions list or the list of terrorist groups".

Ghalibaf, who is himself a former commander of the Guards air force, added that parliament would "recognise the armies of the European countries... as terrorist groups".

The Guards oversee the volunteer Basij paramilitary force, which has been deployed against protests since mid-September triggered by the death of Mahsa Amini, 22, after her arrest for allegedly violating Iran's dress code for women.

Authorities in Iran say hundreds of people, including members of the security forces, have been killed and thousands arrested in the unrest.

The Guards, formed shortly after the 1979 Islamic Revolution, answer to Iran's supreme leader Ayatollah Ali Khamenei and boast their own ground, naval and air forces.

The United States has already placed both the Guards and its foreign arm, the Quds Force, on its list of "foreign terrorist organizations."

Once you label an country or an organization as "terrorist" , the other country can strike militarily or jail anybody from the targeted party. The reciprocity will lead to various attacks and instability.
It does appear WWIII was set in motion when NATO toppled the loyal to Russia Kiev regime in 2014 and was just buying time until 2022.