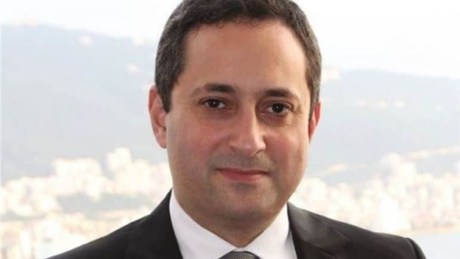 The lead investigator into the catastrophic Beirut port explosion, Judge Tarek Bitar, resumed his probe on Monday, a judicial source and TV networks said, after a 13-month suspension due to political pressure.

"Bitar has decided to resume his investigation," the judicial official told AFP, adding that the judge has ordered the release of five detained suspects, while charging eight others, including two high-ranking security officials.

"Bitar conducted a legal study that led him to decide to resume his investigations despite the complaints filed against him," the official said.

According to al-Jadeed TV, the five will be released without bail but a travel ban will be imposed on them.

And according to a leaked copy, Bitar's legal study mentions the following:

- The Judicial Council is a special court that is totally independent and not outranked by any other court or judicial body.

- The new Code of Criminal Procedure issued in 2001 allowed for the recusal and removal of Judicial Council members but not the judicial investigator.

- The same Code of Criminal Procedure stipulated the appointment of a successor to any removed Judicial Council member to avoid any obstruction of justice.

- Any judicial decision to remove the judicial investigator would certainly entail the abolishment of a post created by governmental decision, which would breach the principle of separation of powers stipulated by the constitution.

The investigation into the cause of the blast had been stalled since December 2021 as politicians that Bitar had summoned for questioning filed complaints against him, forcing him to halt his probe.

Hezbollah had also repeatedly demanded that Bitar step down from the investigation and an anti-Bitar protest organized by the party and its Amal Movement ally turned into deadly sectarian clashes in the Tayyouneh-Ain el-Remmaneh area.

No state official has yet been held accountable over the blast.

Last week, Bitar met with two French judges about his investigation, a judicial source told AFP at the time.

The August 4, 2020 explosion at the Beirut port killed more than 230 people, wounded more than 6,000 and destroyed swathes of the capital.

There are several problems, first the leaks, the indicted individuals can prepare themselves and destroy evidence.

Second, releasing already indicted people such as a port director is a bad signal, the director is directly responsible for what happens in the premises he’s managing.