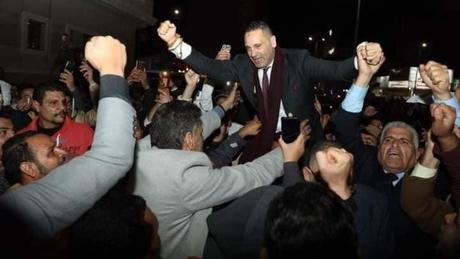 Members of the Egyptian Bar Association have called off a days-long strike held in protest against the jailing of six colleagues, a statement said.

The association had announced Thursday an open-ended strike to condemn their colleagues' sentencing to two years in jail over a court brawl earlier this month.

The bar association decided "to cancel the suspension of work", it said in the statement.

The move came after an appeals court on Sunday ordered the six be released and scheduled a verdict for February 5.

The lawyers had been sentenced on Wednesday for their part in the fight with three clerks during a court session in Marsa Matrouh on Egypt's Mediterranean coast on January 5, according to state-run daily Al-Ahram.

The association had earlier claimed there was "a clear intention" by authorities to keep the six lawyers in detention "without real justification", denouncing a "rush to bring them to trial without taking the time to carry out a real investigation".

Last month, in a rare display of dissent in a country where public demonstrations are banned, thousands of lawyers demonstrated in Cairo against the government's introduction of a new electronic invoicing system.