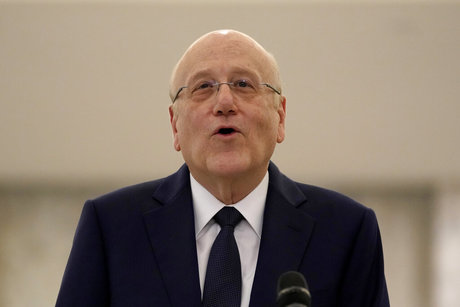 Mikati, however, said that no imminent session is planned and that an agenda containing all the urgent files is being prepared.

Mikati voiced his remarks in a meeting with the board of the Press Syndicate.

Responding to a question, Mikati said that some parties’ accusations that the caretaker cabinet sessions are violating the National Pact are baseless.

“Seven out of 12 Christian ministers took part in the (latest) session. As for the claims that we want to usurp the president’s powers, they are unfounded, seeing as what we’re doing is stipulated by the constitution pending the election of a new president,” Mikati added.

“The solution for the presidential issue should begin with an inter-Christian agreement and therefore this issue is the responsibility of parliament, not the government,” the premier went on to say.

He also said that “the remarks about an attempt to seize control of Christian posts are surprising and not based on facts,” in an apparent respond to statements by Maronite Patriarch Beshara al-Rahi.