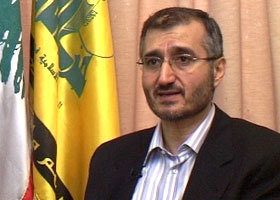 Lead investigator into the Beirut port blast Judge Tarek Bitar had resumed work Monday, over a year after political pressure brought the investigation to a halt.

Despite the surprise decision, Bitar continues to face immense pressure, which lawyer and activist Nizar Saghieh said there was "no doubt" would persist "to halt his work".

"Bitar is waging a battle against the policy of impunity", Saghieh told AFP.

The young judge was forced to suspend his probe after a barrage of lawsuits, mainly from politicians he had summoned on charges of negligence.

They include several ex-ministers, two of whom were hit with arrest warrants after they failed to show up for questioning.

Hezbollah had repeatedly demanded he step down on the grounds of political bias.

The Iran-backed group and its ally Amal called for demonstrations to demand his dismissal in October 2021, with seven people dying in gun battles during the rally.

Foreign countries and international bodies have called for the probe to resume.

Bitar met last week with two French judges to discuss the investigation, a judicial source told AFP at the time, adding he did not share any information with them.

France had launched its own probe into the blast, which killed two of its citizens and wounded 93.

In Lebanon, state institutions have been reluctant to cooperate with the domestic probe, which began the same month as the explosion.

In February 2021, Bitar's predecessor as lead judge was removed from the case after he had charged high-level politicians.

Parliament has refused to lift immunity granted to lawmakers, and Bitar's requests to interrogate top security officials have been turned down.

The interior ministry has also failed to execute arrest warrants issued by Bitar, further undermining his quest for accountability.

The victims' families have been holding monthly vigils for more than two years, seeking justice and accountability.

"It was time for judge Bitar to resume his work," said Tatiana Hasrouty, whose father died in the blast.

"We are ruled by a mafia, and all those charged by Bitar are part of that mafia," she told AFP, saying she expects more hurdles in questioning officials.

Some in Lebanon have also voiced support for an international probe into the tragedy.

In a joint letter sent to the United Nations Human Rights Council in 2021, rights groups and relatives of blast victims had said "flagrant political interference, immunity for high-level political officials, and lack of respect for fair trial" have rendered the probe incapable of delivering justice.

This disgusting mafia called the hezb is a black stain on Lebanon. As long as it exists, Lebanon will continue dying. That mafia is just protecting itself because everyone knows they are responsible for the blast. It’s one of those cases where it is said: thy protesteh too much

The first judge was political and removed, the second Judge is called "Black Stain" because he did not fear Wafiq Safa threats and the Hezb cancer in Lebanon, All the Judges in the Netherland in Rafiq Harriri killings were also fake and untruthful.
No other Judge is without "Black Stain" unless they have Cancerous disease of Hezb

You and your terror group are black stain on humanity.

Wrong, Mr Khalil. Judge Bitar is the only white spot in a dark and ugly environment.