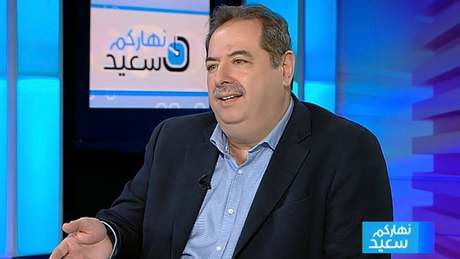 “At the center of this network is Lebanese money exchanger and so-called financial expert Hassan Moukalled, who plays a key role in enabling Hezbollah to continue to exploit and exacerbate Lebanon’s economic crisis,” the Treasury said in a statement.

“As corruption undermines economic growth and the ability of individuals to provide for their families, the United States is committed to holding accountable those who exploit their privileged positions for personal gain,” said Under Secretary of the Treasury for Terrorism and Financial Intelligence Brian E. Nelson.

“Today, the Treasury Department is taking action against a corrupt money exchanger, whose financial engineering actively supports and enables Hezbollah and its interests at the expense of the Lebanese people and economy,” Nelson added.

“He serves as a financial advisor to Hezbollah and carries out business deals on behalf of the group throughout the region. Hassan Moukalled works in close coordination with sanctioned senior Hezbollah financial official Muhammad Qasir and represents Hezbollah in negotiations with potential investors, partners, and even foreign government officials,” it added.

“Hassan Moukalled has coordinated a wide range of issues with Muhammad Qasir, including business deals involving Russia, as well as efforts to assist Hezbollah in obtaining weaponry for Hezbollah’s use,” the Treasury charged, noting that Moukalled had publicly acknowledged his role in 2016 as an intermediary for negotiations between the Central Bank and Hezbollah.

As for CTEX, the Treasury said that in mid-2021 Moukalled received a license from Lebanon’s central bank for CTEX to transfer money within Lebanon and abroad, and within a year the company had obtained significant market share within Lebanon’s currency transfer sector and was reportedly “collecting millions of U.S. dollars for the Central Bank of Lebanon.”

“At the same time, CTEX was also providing U.S. dollars to Hezbollah institutions and recruiting money changers loyal to Hezbollah. Hassan Moukalled advocates for CTEX directly to the central bank governor and receives commissions in the hundreds of thousands of dollars daily,” the Treasury added.

It would be nice to hear more about this dirtbag aiding terrorists. Which known international institutions is he dealing with, etc.