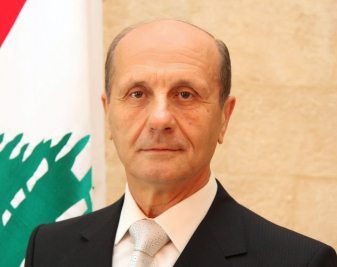 The first theft took place during a dinner thrown in Suleiman’s honor by his Romanian counterpart Traian Basescu.

The minister had handed his coat over to the coat check upon his arrival to the dinner, but when it was time to leave, the garment was not found.

Officials of the Romanian presidential palace were quick to inform Basescu of the incident, who promptly presented the interior minister with a new one.

Charbel was robbed yet again during another dinner, with Basescu’s coat being the new victim.

The following day, the minister grew cold during a ceremony in which Suleiman presented a wreath at the fallen soldiers’ monument, which prompted the president to order that the minister be granted a third coat.

how is this a releavent story?

Must be Hizballah operatives in the Cotroceni presidential palace.

He's being bugged by the final coat.

In a previous message I mentioned that this guy is not sharp...And i repeat it.
He did need the president to order a new coat to him....
He could not arrange to have a new coat ???
My o My....
Laurel and Hardy...And this guy represents both of them

how the hell is this news? No one cares!

Greatness has its costs, admirers around the world do tend to steal articles of clothing of our famous politicians to keep them as Relics...!

I'm sorry but I really found this story hilarious!

Probably to put an electronic mic and supervise the conversation during the meetings...

LOL its Romania, a country where 90% of Mercedes driven there are stolen

LOL you are so sure is not a lie? listen more the news outside and see the truth...You paid your taxes there in Romania? are you sure?

The people who stole it knew his pockets were full of stolen money.

not an issue as it was purchased with dirty money, probably with the billion dollars missing at Ministry of Finance and Banque du Liban.

The coats where not stolen, Charbel could not remember where he left them. They will probably end up for auction on EBay... "Almost new, previously owned by Clueless Politician"