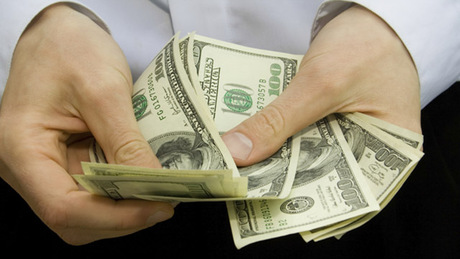 A U.S. district-court judge has awarded insurers $9.4 billion after entering a final judgment against Hizbullah in a lawsuit over the Sept. 11, 2001 attacks that left almost 3,000 people dead.

U.S. District Court Judge George Daniels in the Southern District of New York said Hizbullah must pay the damages to insurers that sought to recoup payments to business and property policyholders for losses from the attacks.

The group of insurers, which includes subsidiaries of Chubb Corp., AXA Group, OneBeacon, and Munich Reinsurance Co., won in 2006 default judgments against Hizbullah and al-Qaida when the two never contested the suit.

Al-Qaida militants hijacked four planes and crashed them into the World Trade Center in New York, the Pentagon in Washington and a Pennsylvania field on Sept. 11, 2001.

hahaha this is very funny.

Did they deliver a summons to Hassan Nasrallah personally?

A local american district court has no international duristiction over organisations that their own governments consider terrorist. LOL!

In the real world of Law - this will never hold up.

thats what happens when you don't show up in court. they could at least have sent a lawyer. guess what, those are international insurance groups. american, swiss, etc... the frozen assets will finally have a destination. the same will happen at the Hague if they simply ignore it.

Hizballah is responsible for everything.

Maybe they will get it from Lebanon, since Hizballah in the government. If Lebanon doesn't pay, they let Israel bomb it for the hell of it. Just to teach the world, america can f k anyone they chose, anytime, anywhere and there is nothing they can do about it. This is the new world order.

I will just have to blame Hizbullah and al-Qaida for my insurance premium going up.

lol did they say "against hizbollah"? The US are a hilarious bunch of cowboys. Gotta love it.

I might be against Hezb, but this is the worst bullshit story i have ever seen. The USA is completely fooling their people. I jhave never read anything funnier. I think it is the joke of the month. By the way, how do they plan on retrieving the 9.8 billion $ ? do they want checks from the hizb or will they come and get them themselves with their infamous army? i think im having a heartattack because of the laughing this article gave me

Maybe they can put it on Layaway plan :-)

short sightness is all i see in these discussions . they already know that they are not going to collect the money . but they got it in court document for future proceedings . it is called " principle of justice and accountability ". the fund is not the issue but the judgement is and they got that we will see where this is going . filing documents in US courts cost a lot of money , do you think these companies wanted to waste the money for nothing .

You are the smart one. You can file for 50 dollars for this frivolous case.
This is a prelude what the STL is going to be. Mockery of justice.

i,m not the smart one . but i,m a realist and i know the STL is not a mockery of justice . if you don't agree with something does not make wrong or may be you are the only one who knows the truth

LoL. Now al Qaida works with hezballah... Someone better tell the uncle of the 911 terrorist, Mustaqbul MP Jarrah, that he made a mistake and should join Hezballah. :)

Most likely one of the hijackers has a link with Hezbolshaitan, they already have evidence of the party illegal connection with Alqaeda to promote terrorism with cash deposit and this is the beginning of war and the end of terro-era. Again the party only can lie to Lebanese government, but it is very hard to fool the US, the US technology can track any of their networks and connections without any difficulties within short period of time, unlike the corrupted Lebanese government.

Like how the found the WMD in Iraq. Need to say more.

Hezbollah did kill Hariri and no one else with the help of Syrian regime and Iran, they are behind the Saudis core engine, they also repeated the attempt in US against the Saudi Ambassador and they killed the Sunni leader in Iran

they did all that and then sent you a detailed report?or were you prsent there? Man come on you talk as if your holding the absolute truth

so when they needed Ben LAden to attack Afghanistan it was Al Qaeda, they also attacked Iraq for geographical reasons, now it's Hizballah, mmmm who's next? come on people we're taking bets:
1- N.Korea
2- Irak Shiaa
3-The pope (for his well known connections with the Terrorist Bechara Al rai and the salafi Michel Aoun)

What about the Typhoons, earthquakes and flooding that hit the US don t they to charge Hezbollah on that?

what a waste of taxpayers money

Good luck on trying to collect!

joke of the day, nice one!

Its funny how people are sarcastically saying "lets blame hizballah for everything" when hizballah actually blames the united states and israel for everything... hahahaha Hezballah has been using israel as a scapegoat for everything that has gone wrong. You guys should at least try to be consistent.