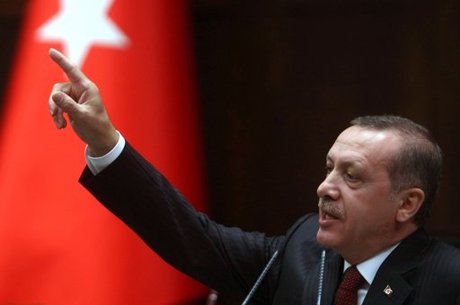 Syria should heed the will of its people by implementing political reforms and allowing free elections, Turkish Prime Minister Recep Tayyip Erdogan said on a visit to Tehran in remarks reported by Iranian media Friday.

"The Syrian regime should be receptive to the will of its people, who want elections and democracy," Erdogan said, according to an interview aired on Iranian state television late Thursday.

"If (President) Bashar Assad is not afraid, and is confident about his regime, he should allow the formation of new (political) parties," Erdogan said.

Assad's Baath party controls political life in Syria, where a year-long uprising is now raging. The United Nations says more than 9,000 people have died in the revolt, which many fear has brought Syria to the verge of civil war.

Erdogan also called for close cooperation between Ankara and Tehran, which has supported the Damascus regime, so that "elections are held in Syria."

"If Assad wins the elections, Turkey will not have any problems with him," Erdogan said before flying to Iran's northeastern holy city of Mashhad to meet the Islamic republic's supreme leader, Ayatollah Ali Khamenei.

Erdogan was quoted by state media as telling Khamenei that the region was facing "a very difficult situation."

Khamenei, who has final say on all state matters including foreign policy, told the visiting premier that Iran would defend the Syrian regime, Iranian media reported.