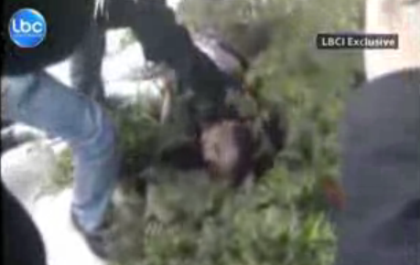 U.N. human rights experts on Tuesday urged the Lebanese government to investigate the death of an Ethiopian housemaid, who committed suicide a few days after she was beaten by a man in Beirut.

Alem Dechasa, 34, hung herself with a bed sheet on March 14 at a psychiatric hospital east of Beirut, where she had been taken by police after the February beating that was aired on Lebanese television.

"Like many people around the world I watched the video of the physical abuse of Alem Dechasa," said Gulnara Shahinian, the U.N. expert on contemporary forms of slavery, in a statement.

"I strongly urge the Lebanese authorities to carry out a full investigation into the circumstances leading to her death," she added.

U.N. officials including anti-torture rapporteur Juan Mendez, migrant expert Francois Crepeau, rapporteur on violence against women Rashida Manjoo as well as a member of the working group on discrimination against women Kamala Chandrakirana echoed the call.

They also demanded that results of the investigation be made public.

The video footage showing a man dragging Dechasa by the hair and kicking her outside Ethiopia's consulate had sparked national outrage.

The man owned the employment agency that recruited the Ethiopian woman, according to local news reports.

Shahinian said the footage "reminded me of the many migrant women workers I met in Lebanon during my official visit to the country" in October 2011.

"Women who had been victims of domestic servitude told me they had been under the absolute control of their employers through economic exploitation and suffered physical, psychological and sexual abuse," she said, calling on the Lebanese government to enact legislation to protect the 200,000 domestic workers in the country.

"States are under an obligation to ensure the realization of the right to truth about violations in order to end impunity and promote and protect human rights and provide redress to victims and their families," she added.

Hang the bastards who drove this helpless women to the point of despair.

Way to keep it classy lebanon....