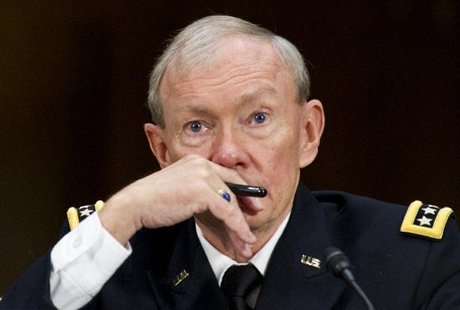 The United States, its ally Jordan and 15 other countries will next month participate in military exercises to be held in the kingdom, Jordan's military said in a statement on Sunday.

U.S. Chairman of the Joint Chiefs of Staff, General Martin Dempsey, and his Jordanian counterpart Meshaal Zaben discussed the preparations for the land, sea and air exercises, the statement added.

A separate statement on the U.S. Department of Defense website said that the war games -- Exercise Eager Lion 12 -- will be held from May 7 to May 28.

"The exercises will focus on boosting crisis management and techniques to fight terrorism," the U.S. statement said, adding that the war games will see more than 8,000 participants displaying their skills.

Jordan is a major beneficiary of U.S. military and economic aid, with Washington granting Amman $2.4 billion in the past five years, according to official figures.