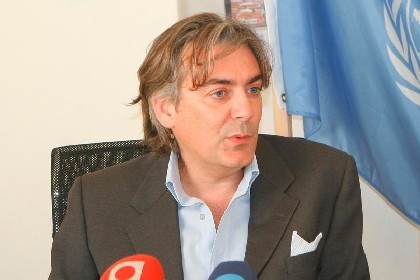 A new spokesperson for the United Nations Interim Force in Lebanon (UNIFIL) has been appointed, As Safir newspaper reported on Monday.

According to the daily, the Italian assistant UNIFIL spokesman Andrea Tenenti has succeeded India’s Neeraj Singh.

Singh has been appointed as the spokesman of the first international observer mission tasked with monitoring the shaky U.N.-backed ceasefire in Syria that went into effect on April 12.