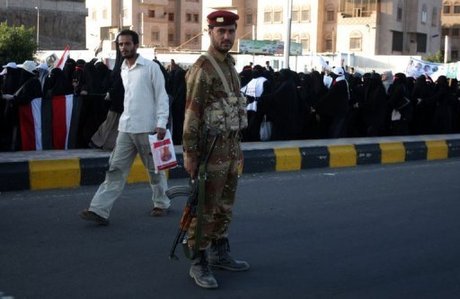 Yemen's sacked air force commander, who has refused to quit for weeks, on Tuesday left the post he has held for nearly three decades, the United Nations envoy to Yemen said.

On April 6, President Abdrabuh Mansour Hadi issued a decree in which he sacked Ahmar, a half-brother of deposed president Ali Abdullah Saleh, as well as the ex-leader's nephew General Tariq Mohammed Abdullah Saleh, who heads the presidential guard.

Both generals had refused to quit, and Ahmar's loyalists even surrounded Sanaa's airport and threatened to shoot down planes, forcing its closure for one day.

The airport was reopened after international and regional powers voiced support for Hadi, who must restructure the army based on a Gulf-brokered deal that Yemen's political parties have agreed upon.

When asked if General Tariq Mohammed Abdullah Saleh had also agreed to quit, Benomar only responded by saying that "all of Hadi's decisions are being implemented."