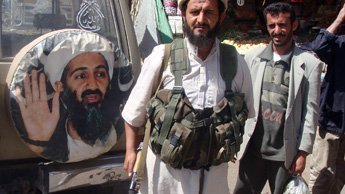 Yemeni troops, backed by armed civilians, are advancing on southern Abyan's capital Zinjibar, under al-Qaida control since last May, security officials and the interior ministry said on Tuesday.

"The army is advancing towards the center of the city," a military official told Agence France Presse on condition of anonymity, adding that both sides have suffered casualties in fierce battles on the eastern and southern outskirts of Zinjibar that have raged since early Tuesday morning.

The official said the army has so far managed to take back several government buildings, including the post office, adding that reinforcements from the capital Sanaa "were on the way."

Yemen's interior ministry confirmed in a statement on Tuesday that the army has "dealt a heavy blow to al-Qaida and has tightened the noose around them."

This is the second time in a week the Yemeni army claims to have made advances on Zinjibar.

The interior ministry said on Friday that troops had "made a major advance towards Zinjibar, driving out the terrorist al-Qaida elements from several positions they held."

In Loder meanwhile, a key Abyan city which has been under attack by Islamist militants in recent weeks, a military official said government authority had been restored.

Al-Qaida in Yemen and its local affiliates, the self-proclaimed Partisans of Sharia (Islamic law), have expanded their control of Yemen's mostly lawless southern and eastern provinces, taking advantage of a weakened central government in Sanaa and months of Arab Spring-style political upheaval.

The unrest eventually led to the ouster of veteran leader Ali Abdullah Saleh. His replacement, former Vice President Abdrabuh Mansour Hadi, elected to the presidency for an interim two-year term in a single candidate vote in late February, has pledged to rid Yemen of the extremist group.

Battles have since raged in Abyan's towns and cities, and spread to neighboring Shabwa and Bayda provinces, as troops and militants fight for control of the region.