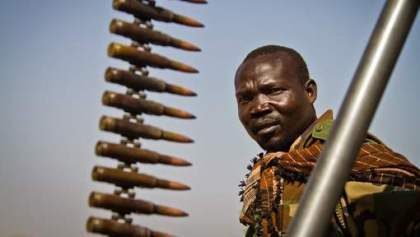 The South Sudanese army said Saturday that it repelled an attack by rebels backed by neighboring Sudan outside Malakal, capital of the fledgling country's Upper Nile State.

"It was Sudan-supported militias that attacked SPLA (South Sudan army) positions" around Malakal on Friday, Colonel Philip Aguer told AFP, adding that the South Sudanese army repelled the attack, with an unknown number of casualties.

But the rebels claimed to have surrounded Malakal, saying in a statement: "The magnanimous forces of South Sudan Democratic Army (SSDA) launched Operation Ending Corruption and surrounded Malakal ... and captured its surroundings."

Aguer said, for his part: "The SPLA is still chasing them and is observing another group this morning that has entered our territory," adding that the rebels who attacked Friday were under the command of warlord Johnson Olony and came from Sudan's White Nile State.

So what about the militias supported by South Sudan operating in Sudan? Is it the goal of Israel to destroy Sudan because Sudan is perhaps the last remaining front-line state, i.e., able to call Israel racist? But on the other hand, where does Israel have a safe haven in the region? Saudi Arabia? The emirates? Lebanon? Only in Lebanon is there a regime in place, the Taif Accord, stably in place in support of the Israeli constitutional enterprise: racism.