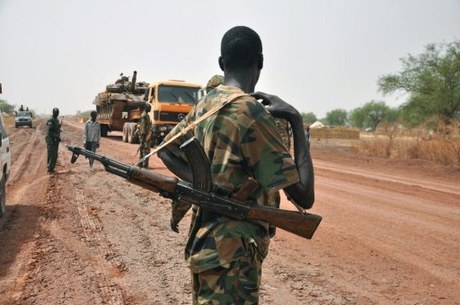 Sudan on Saturday rejected U.N. Security Council involvement in efforts to end weeks of border clashes with South Sudan, which said it repelled an attack by Khartoum-backed rebels.

"Sudan confirms that it rejects any efforts to disturb the African Union role and take the situation between Sudan and South Sudan to the U.N. Security Council," Foreign Minister Ali Karti said after a month of deadly clashes which have raised fears of a wider war.

The African Union itself, in a decision last Tuesday, asked the Security Council to endorse its demand that the two Sudans halt hostilities in 48 hours, start talks within two weeks and complete a peace accord in three months.

But Karti -- while expressing full confidence in the AU's role -- said involvement by the Security Council would "give priority to a political position which was announced before and has a hidden agenda".

He did not elaborate.

The Security Council on Thursday started talks on a resolution that could allow sanctions against Sudan and South Sudan if they do not meet the AU demands to end their fighting.

A U.S.-drafted resolution backs the AU demands and calls for the two sides to "immediately" halt hostilities and pull their forces back into their own territory.

The text says the Security Council would review the rivals' implementation of AU demands and could "take appropriate additional measures" under article 41 of Chapter VII of the U.N. charter that allows for sanctions but not military force.

After its meeting on Tuesday, the AU's security body adopted a roadmap calling for an end to fighting, "including aerial bombardments, with the parties formally conveying their commitment in this respect to the chairperson of the Commission within 48 hours," said the body's security commissioner Ramtane Lamamra.

Despite the AU's demand, Sudanese warplanes staged a cross-border raid on Unity State on Wednesday, the South's army alleged.

Khartoum says the South's continued support for rebels inside Sudan undermines the North’s stability, despite international appeals for it to stop.

There have also been repeated international demands for an end to Sudan's air strikes on the South.

Both nations have denied backing rebels on each other's territory.