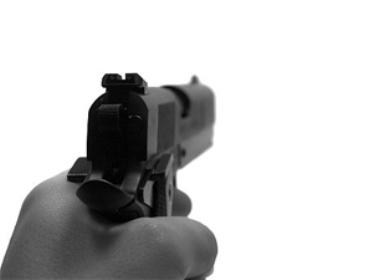 A man was accidentally shot after his son opened celebratory gunfire during a wedding in the town of Saadnayel in the eastern Bekaa valley, the National News Agency reported Monday.

NNA said 52-year-old Said al-Qassab, known as al-Badri, died at dawn at the Lebanese-French hospital, a day after he was injured in the incident.

The agency did not identify the youth.

Also in the Bekaa, unknown perpetrators opened fire on the shop of Ofeish hunting rifles in Chtaura overnight, badly damaging its front.

Police launched an investigation into the attack.

@shab, I usually agree with your posts but this one insults an entire group of people and is not a nice thing to say or do...you are better than that and we as a group are better than people like FT, rudes, mowaten etc...so please let's not sink to their level. Focus on Hzb el Kzb & Terror, they are the problem.

@rudes, not sure who you are calling a dummy but if you stop starring at yourself in the mirror long enough, the problem will go away fairly quickly. If you even go just a bit further and consider getting a job, earning some money and paying your bills, you might even start to love yourself and feel a little smarter when you look in the mirror the next time. Your manner however will continue to leave something to be desired but hey, baby steps right? Gotta crawl before you can walk and walk before you can run...ok, now go play outside, grown-ups are talking.

bandoul, u da man. Your words are nice to hear especially on this site.

sect is not a religion so it's only their family

They realy need to stop these celebrations.Haram his own son killed him.alla yerhamo.maybe now it will sink in that these customs are very dangerous.

What's wrong? Budgetary problems forcing the hizb to cut down on training in safe weapon handling? When someone can't manage to fire in the air without hitting someone then it is time for hassouna to get on the horn and signal "teheran, we have a problem".

Wlek uuuff shou bek bidall msakkar rasak? It a joke, laugh a little and make fun of the LF the next time. That's OK. I won't freak out!

all that matters in these events and so many others like this, is the fact that the spread of weapons in lebanon is high and mostly in the hands of people who should not be having weapons.
as long as hizbushaitan is keeping their weapons, we will see more and more people arming themselves....

Guns are everywhere regardless of political affiliation. The problem is that it is hard to convince people to give up their weapons while hezbelwhatever have guns pointed at everybody. And Mowaten, spare me the "resistance" argument.

i don t have any...and proud of it

Wow poor family, really tragic... this kid musta been aouni to do something as stupid as this

Wow so sad, realy tragic..... this pkid musta been aouni to do some thing so stupid

Have you guys ever thought about meeting up somewhere? seriously comments take no directions in many times here. Criticizing the latest parliament session... hello?? Don't we all agree that firing into the air on occasions is a silly habit in Lebanon? Period

Stop starring at your reflection. Just imagine how you would feel for one second if you accidentally killed someone you love you douche! Nevermind, it would imply 3indak e7sess...

it's all one idiot, under 100 nicknames, from occupied palestine, a stinking jew pretending to be lebanese

that is an interesting view

Anoonym. Everything is possible. In the end, not a single one of our politicians has served anything else thant foreign interests in the country. With no exception.

@RealLeb, thx, I am just keeping it real. Our enemies do not have a just cause, they do not have a moral stand and they certainly do not have the support of people who are free to make their own decisions, that is why they resort to insults.

You need to be clear in what you post. Most of us do not have a crystal ball.