Report: AQIM to 'Free Brit' if Qatada Let Go Where he Wants 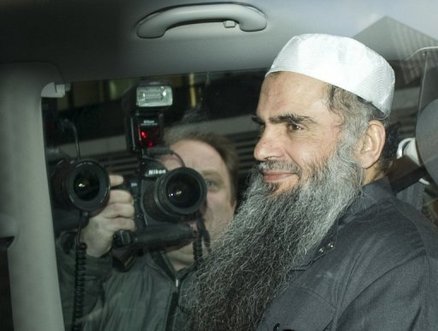 Al-Qaida in the Islamic Maghreb (AQIM) also threatened that Britain would "open the door of evil" unto its country and people should it send the imam back to his native Jordan where he faces jail, the report said.

AQIM -- al-Qaida's North African franchise -- has been holding Stephen Malcolm and two other Western men hostage since abducting them last November in the northern Mali desert city of Timbuktu.

Britain has been trying to deport Abu Qatada for more than six years, arguing he is a threat to national security, to Jordan, where the cleric was convicted in 1998 in absentia of involvement in terror attacks.

But his removal has in the past been blocked by the European Court of Human Rights, which cited the risk that evidence obtained from torture would be used against him on his return to Jordan.

The court is now considering the latest appeal by the cleric.

The SITE report said AQIM had offered a deal, "to release a hostage if the British government allows radical cleric Abu Qatada al-Filistini the opportunity to choose a country for his extradition".

The group had declared on jihadist forums on Sunday "that it has followed Abu Qatada's case for years, and that Britain will open the 'door of evil' unto its country and citizens should it extradite him to Jordan".

"The group said that it will release Stephen Malcolm, who has dual British and South African nationality, if Britain will extradite Abu Qatada to a country involved in the Arab Spring or to any country he chooses," SITE said.

The other hostages taken on November 25 were Nils Joan Viktor Gustafson, a Swede, and Jacobus Nicolo Ruke, a Dutch national. AQIM released a picture of the three men in December.