Vienna Police Say No Signs of Violence on Ghanem's Body 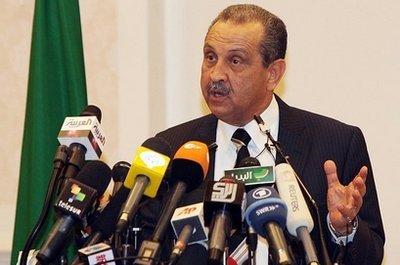 Former Libyan oil minister Shukri Ghanem died by drowning but there was no sign of another party being involved "so far", Vienna police said Monday, a day after Ghanem was found dead in the Danube.

"The death was by drowning... no signs of involvement by another party have been detected so far," police spokesman Roman Hahslinger told journalists, citing preliminary autopsy results.

More complete results were expected later in the week with a "decisive" toxicology report following probably next week, he said, without giving any more details as to what might have led to the drowning.

The police were continuing their inquiries and possible witnesses were also being questioned to clarify Ghanem's death, which apparently occurred in the early hours of Sunday.

Ghanem, 69, was found by a passer-by Sunday morning floating in the water fully clothed in a part of the Danube flanked on both sides by dozens of bars and restaurants, and just a few hundred meters (yards) from the flat where he lived with at least one daughter, Hahslinger said.

Asked by journalists whether the death could have been a suicide or a murder, Hahslinger said Ghanem's behavior had apparently been very normal on the evening before his death, although according to his daughter he felt "slightly ill."

The police had no information of any serious illness Ghanem may have had and found no suicide notes or written threats.

The former prime minister apparently left his flat sometime during the night for unknown reasons and without his family noticing.

Ghanem's daughter eventually noticed he was missing Sunday morning around 10:00 am (0800GMT), by which time the body had already been found.

He was carrying no identification but police found on him the address of a Viennese company that allowed him to be identified.

It was unclear where Ghanem may have fallen in the Danube and police were still looking for possible witnesses to the incident, Hahslinger also said.

The preliminary autopsy results indicated he was not in the water for very long before he was found, maybe one or two hours, but this would only be known for certain once the full results were out, said the police spokesman.

Ghanem was a top official in Moammar Gadhafi's regime, acting as prime minister between 2003 and 2006, and then as oil minister and chairman of the Libyan National Oil Corporation until he defected in June last year, at the height of the rebellion that led to Gadhafi's overthrow.

A frequent visitor to Vienna, where he regularly attended OPEC meetings, he sought refuge in the Austrian capital following his defection and was officially a resident here, according to the police.

When Ghanem's body would be released for burial now depended on the prosecutor's office, the police said. Earlier rumors had said he might be buried in Libya.