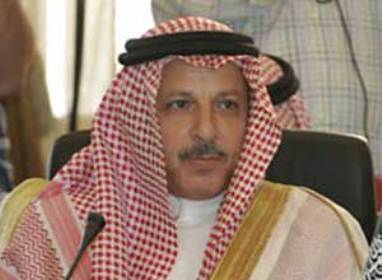 Egyptian security services foiled an Iranian plot to assassinate the Saudi ambassador to Cairo several months ago, the legal advisor of the kingdom's embassy said in local dailies on Tuesday.

"Egyptian authorities informed concerned parties at the Saudi foreign ministry of the details of the plot, but the Saudi side opted to keep silent on the matter," Jamal said. The arrests were made three months ago.

"Everybody was concerned that foreign parties would exploit demonstrations by some (Egyptians) outside the embassy (in Cairo) to attack members of the mission," Al-Sharq daily quoted him as saying.

Questioned about the reports, a spokesman for Iran's foreign ministry, Ramin Mehmanparast, told reporters in Tehran that the allegation was "absolutely incorrect."

"Manufacturing such issues can only help divisions among Muslim countries and benefit the Zionist regime (Israel)," he said.

In remarks carried by Egypt’s state-run news agency MENA, an Egyptian source denied that his country had arrested an alleged Iranian cell.

Riyadh on Saturday recalled its ambassador from Cairo after angry protests outside the Saudi embassy in Cairo over the arrest of an Egyptian human rights lawyer in the Gulf kingdom.

Saudi state news agency SPA said the Cairo embassy as well as the kingdom's consulates in the Mediterranean cities of Alexandria and Suez were closed.

In October, the United States accused Iran of plotting to kill the Saudi ambassador to Washington. Iran has fiercely denied any involvement in the alleged plot.

iranians and hizbushaitan at work trying to create strive in the middle east....

A good Saudi is a dead Saudi.